Why insurers can’t afford to have Canadians drown in debt

“Low interest rates are here to stay,” said Chilton, a former Dragon on CBC’s Dragon’s Den and best-selling author of The Wealthy Barber, a guide to financial planning. “We may see them for years and years and years or more…. 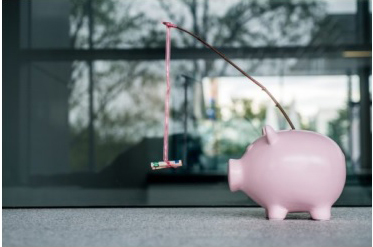 Essentially, low interest rates — a tool used by banks to encourage spending and get the economy moving again after the global financial crisis of 2008 — have encouraged governments, companies and people to borrow money, as Chilton observed. The result has been massive debts on the balance sheets.

To raise rates significantly now, Chilton observed, would risk triggering an immediate economic recession. He observed that bankers and economists were predicting just a little over a year ago that interest rates would climb back up 100, 200 or 300 basis – to rates between 5-7%. Currently, Canada’s prime interest rate sits at 3.95%

“All you have to do is use common sense, Grade 4 arithmetic—forget complex math and economics,” said Chilton. “Look at the balance sheets throughout the world, the government balance sheets, the private balance sheets, the corporate balance sheets. There’s too much debt for the rates to go up to those levels. It would put the economy into a severe recession immediately and rates would plummet right back down. It’s not going to happen.”

Insurers prefer higher interest rates to achieve a higher return on the premium dollars they invest. Higher investment returns can help offset pricing issues that arise when insurance products are sold at a cost that does not make up for escalating claims costs. This has happened recently in personal home and auto lines, sending the Canadian property and casualty insurance market into somewhat of a tailspin.

Not able to rely on higher rates of return on their investments, insurers have reacted by increasing pricing and cutting back on business written in some lines, which has increased profitability. It has also left consumers paying higher rates and unable to find certain forms of insurance.

Chilton said he had no idea when Canadian interest rates might start to “normalize” at higher levels, but that doesn’t seem likely given current debt levels. “The bottom line is, the world has more debt right now than it did at the peak of the credit crisis 10 years ago,” he said. “A lot more debt per capita, a lot more debt per GDP dollar. That’s how we tried to solve the last credit crisis, taking on more debt, for heaven’s sakes.”

Chilton said Japan and the United States are often cited as having the most acute debt issues. He said the United States may be more of a problem than Japan, with the U.S. debt levels reaching between $70 billion to $100 billion on a $20-trillion economy. Canada’s debt level, which sits at about $686 billion as of March 2019, may seem like it pales in comparison to the United States, but individual debt is at an alarming rate right now for Canadians.

“Individual debt in Canada is at a very high level – 175% of disposable income,” said Chilton, adding that some figures suggest 15% of Canadian household income is going to debt servicing.

But beware of averages, he added.

“Banks use aggregate stats, and they use averages and that can be very misleading,” he cautioned, noting that some individuals pay between 30% and 50% of their household income to service debt. “Remember that Warren Buffet line that, ‘If you are standing with your feet in a bucket of ice water and your head in a burning oven, on average you’re fine.’ That describes personal finances in Canada. There are so many people with too much debt by any common sense measure.”